Public space as an architectural object

Public space is the center and soul of the city, its social and cultural aspects is difficult to overestimate. To the creation of modern public spaces attract the best architectural workshops, and hosts international competitions.

Property Times picked up 4 of the project of public spaces, which are worth a visit if you are nearby. After all, these public spaces have become landmarks of the cities in which they are created.

The unusual bridge has become a Central part of the landscape of the Olympic Park in London, which was created for the Olympic games 2012. The functional purpose of the bridge is to connect the southern and Northern part of the Park. In the international competition for the design of the bridge won the Irish shop "heneghan Peng". Their project was recognized as the best, because it was considered an important detail – the concept of using the bridge after the Games. 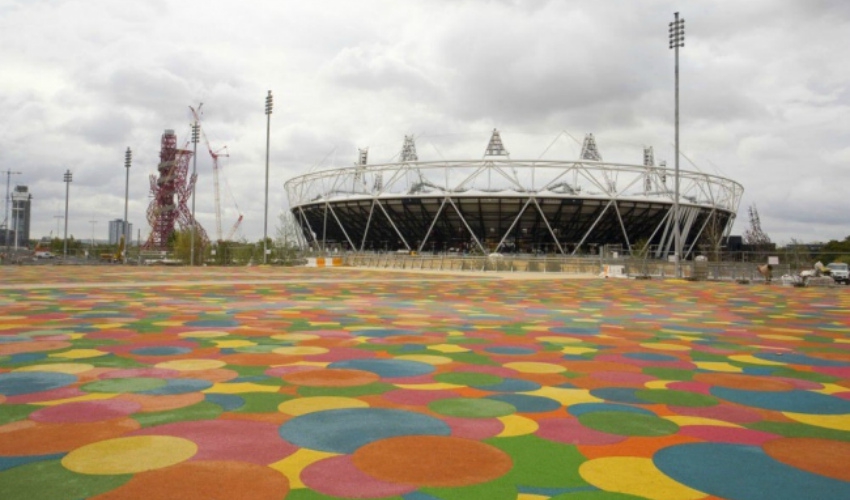 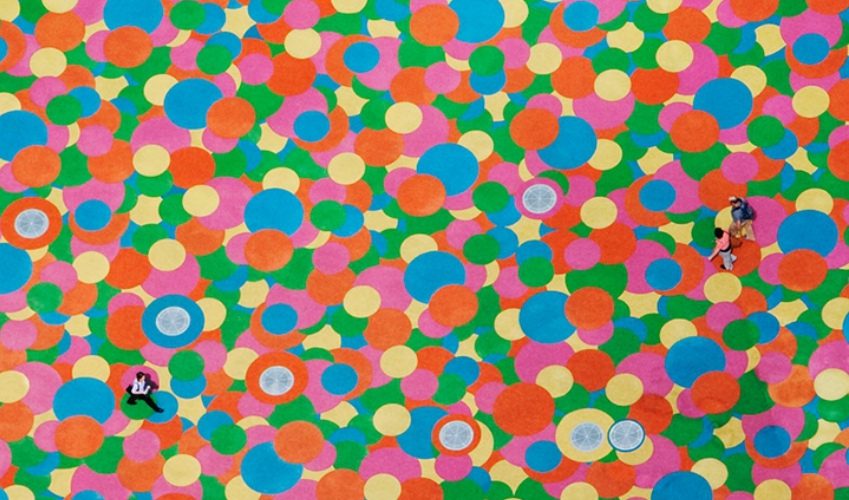 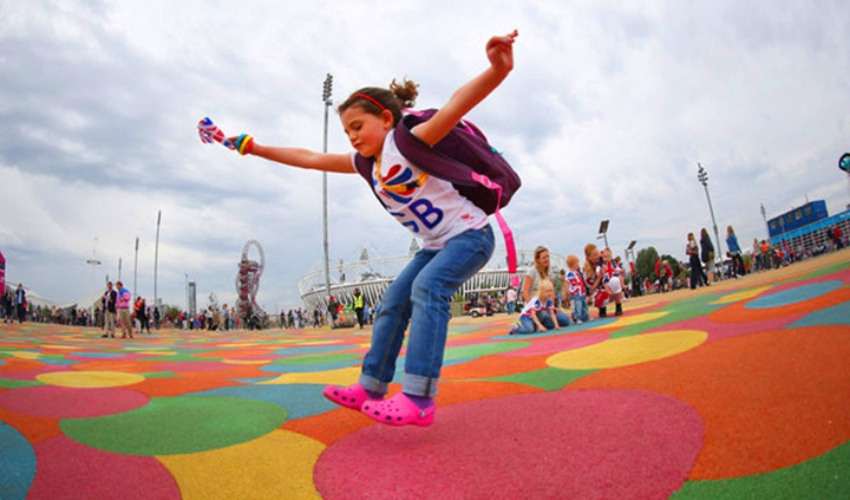 The developers have offered to create a master design, which during the Olympic games was extended with additional elements. The space between the bridges was turned into a public area. The resulting area covered with colored items made from recycled sneakers. The functionality of this site-confetti – fan-zone at the time of the Olympic games. 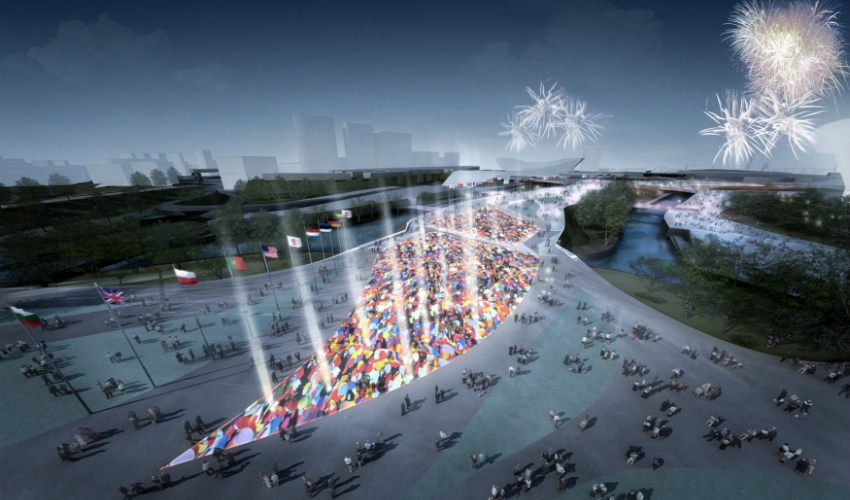 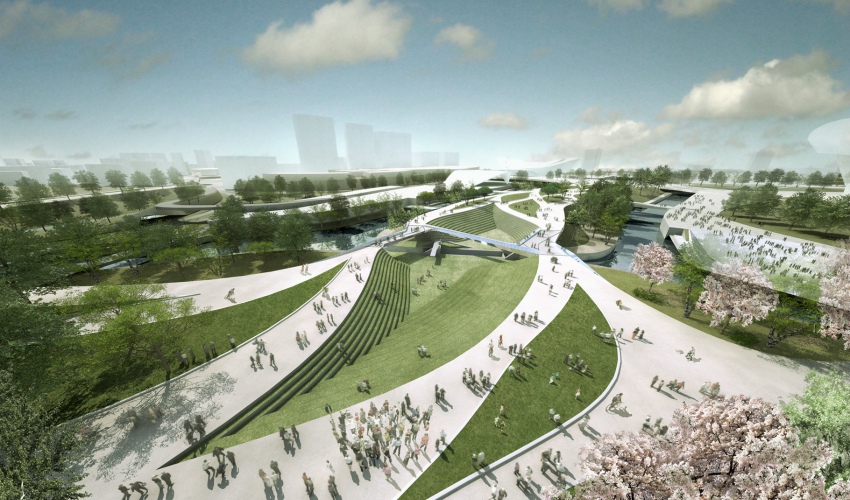 Garden Windows in the Städel Museum, Frankfurt am main

After the reconstruction, the Frankfurt firm under the leadership of Schneider Schumacher, the Museum received a new underground gallery roof which stretches the original domed garden. 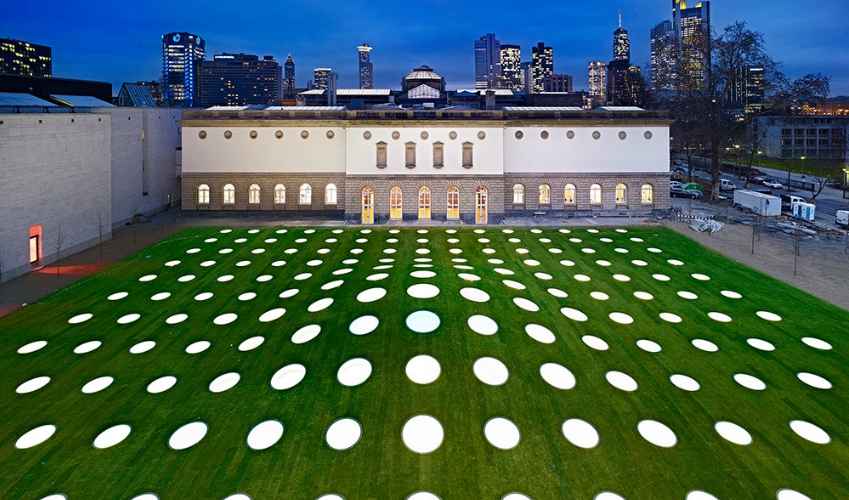 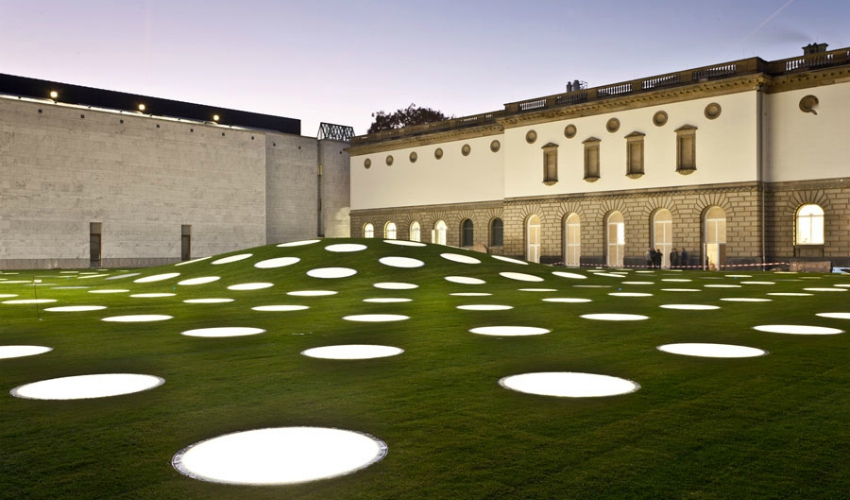 The decoration of the new public space of the Städel Museum of steel round Windows-portholes that look out directly from the grass. Visitors can easily stroll through the garden, quietly stepping on the window.

Windows is not only a design element, their direct function – insolation areas of underground galleries. 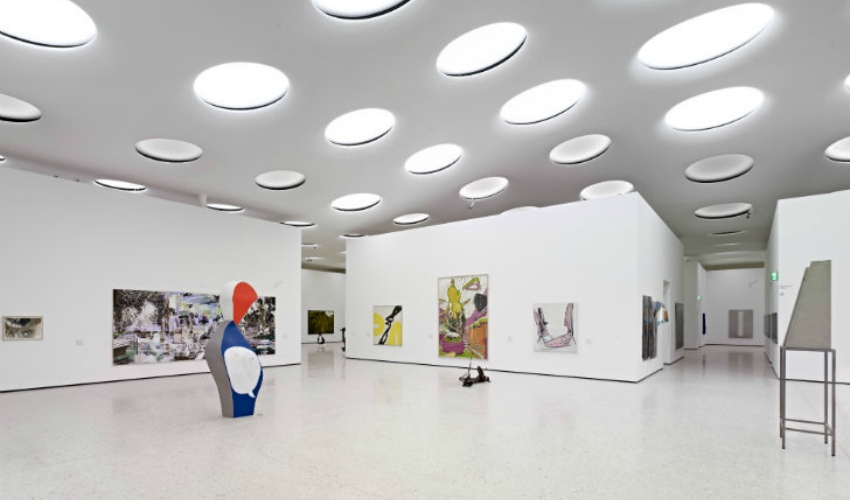 The monument to the 150th anniversary of the battle of Puebla, Puebla

The monument, designed by TEN Arquitectos office, in honor of the 150th anniversary of the battle of Puebla, became a Central public place of the city. The monument is made of wooden platforms, simulating the movement of water. Around the perimeter of the Park-monument is located 150 perforations, in which are planted trees – a symbol of the 150th anniversary of the pivotal battle in the history of Mexico. 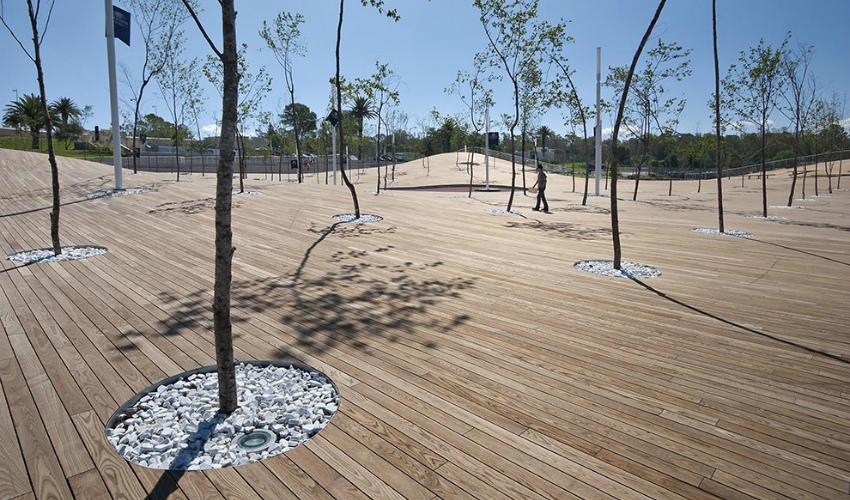 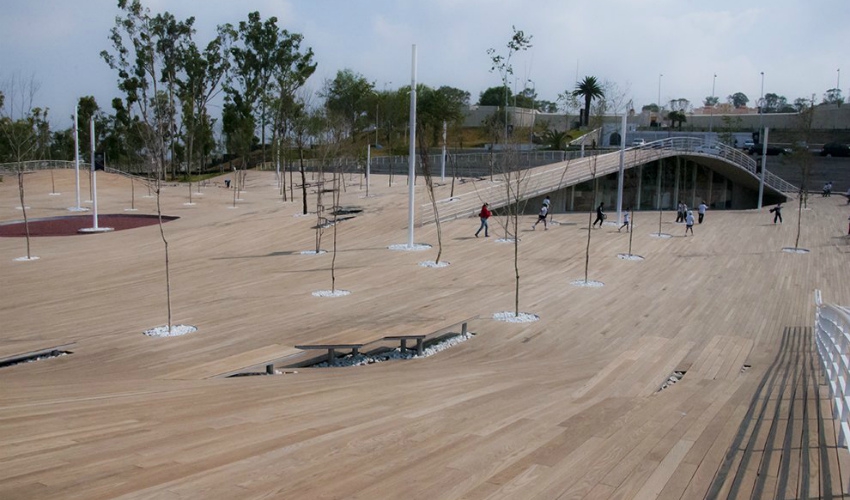 All the space of the memorial is divided into functional zones: an amphitheater, a Playground, shaded open spaces for recreation. 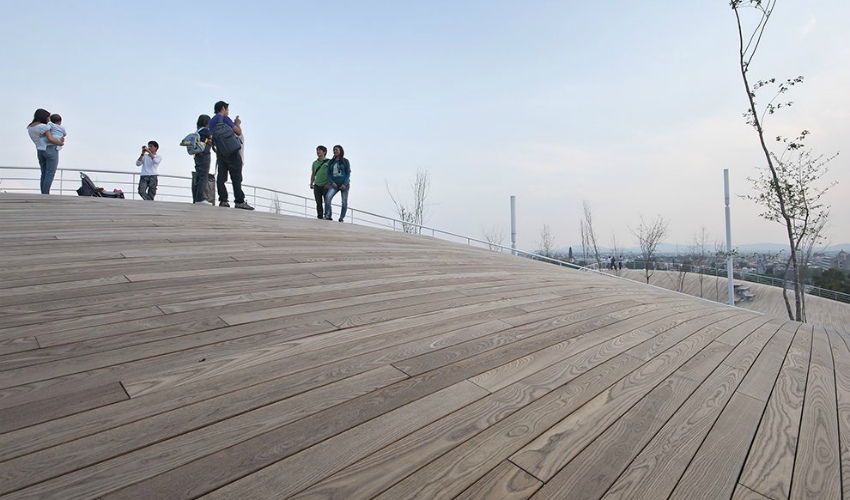 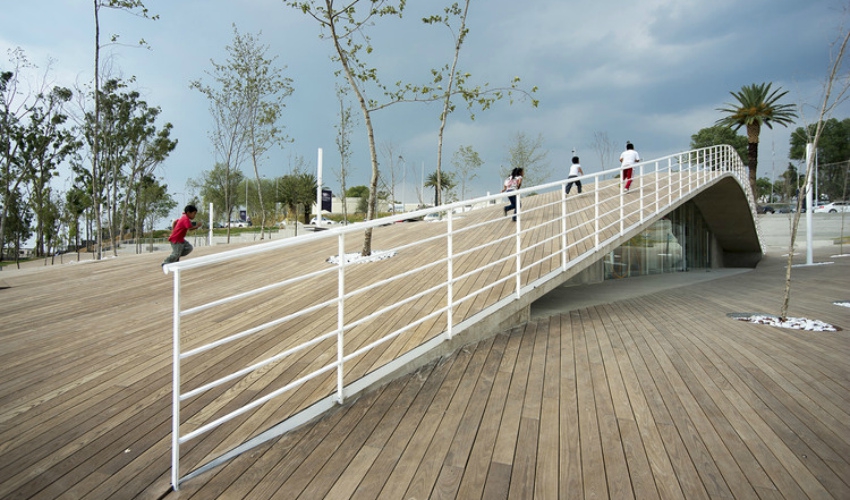 Chess inspire many architects to create interesting and original projects. Architectural firm Cigler Marani Architects built in the suburbs of Prague office campus consisting of 12 buildings. When designing a patio, the architects used a "chess" style. 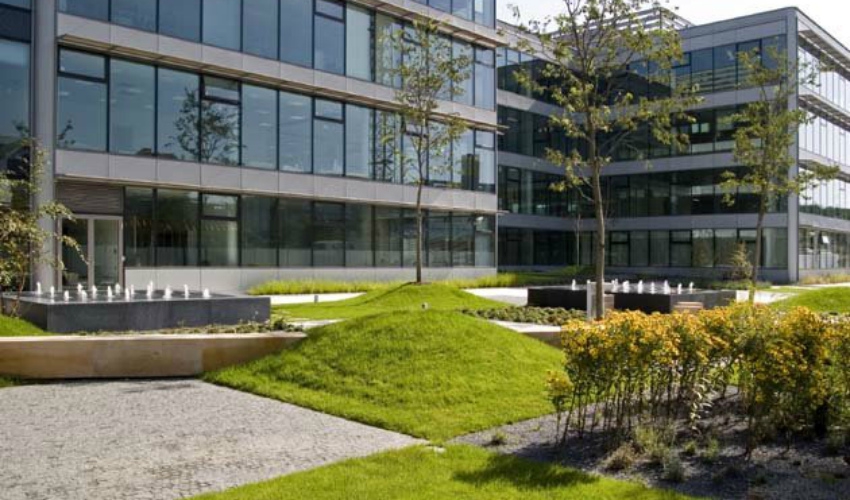 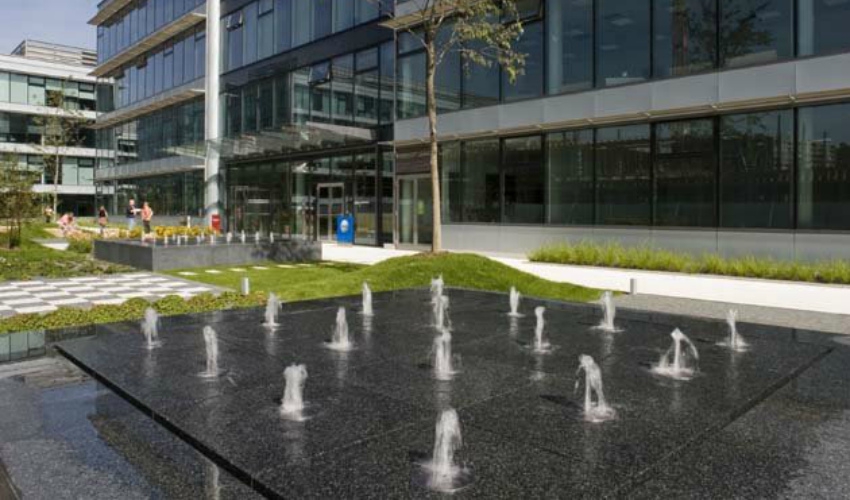 The entire space of a rectangular square divided into squares with different functionality and design. Green squares and lawns, grey and dairy – sidewalks, squares-fountains and, of course, the real chessboard where you can play a game during lunch break. 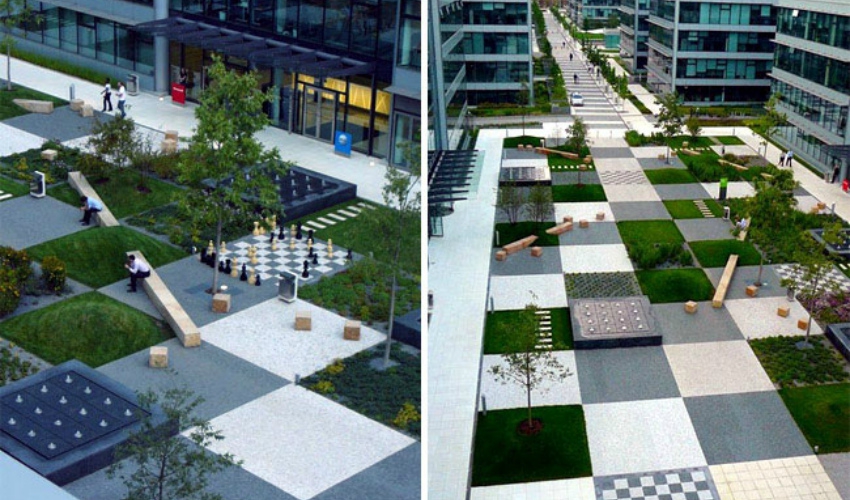 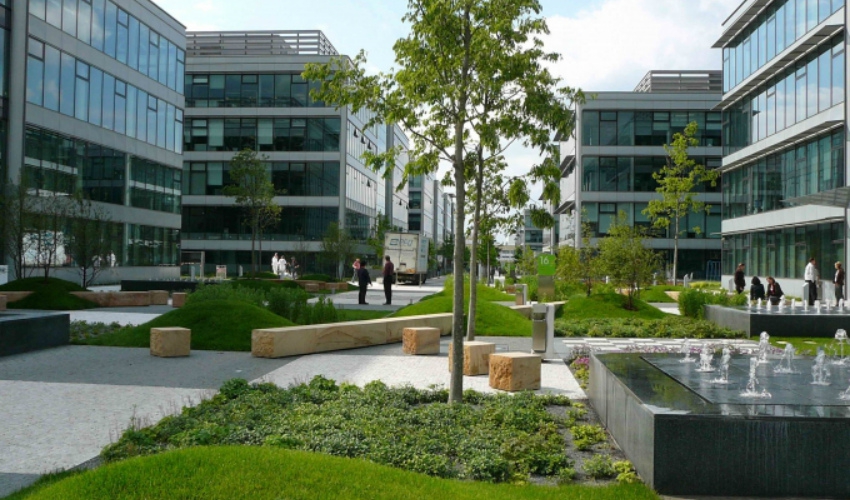 If you look at the square from above, he resembles a large chessboard.