Coproca in business: the commercial component of the Chi is part of corporate responsibility?

Modern business is not only money, it's about corporate culture, social responsibility and so on. More and more companies are joining the environmental movement, introducing the private offices of the 3R approach (Reduce, Reuse, Recycle) and participate in flash mobs like #trashtag.

In international companies the eco-culture is more developed and is being implemented in all regional offices, Ukrainian businesses are also gradually realizes the importance and feasibility of coproc.

Property Times tried to figure out whether Ukrainian companies to participate actively in ecoprof. 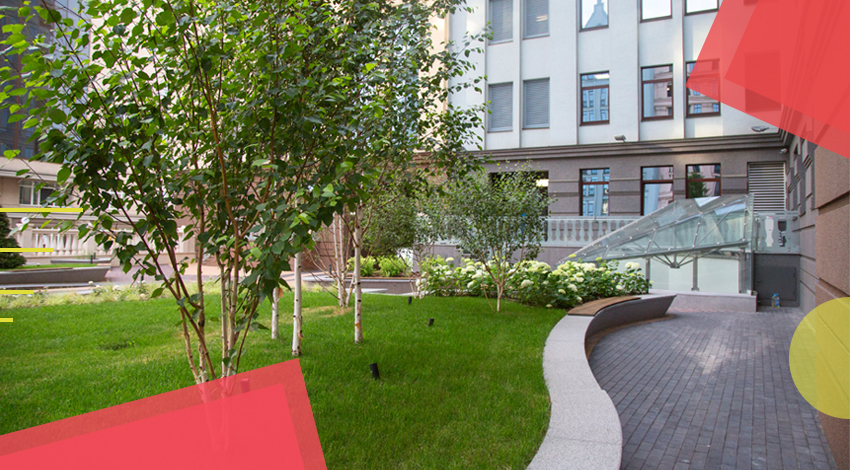 Manifestations Ecovio can be different from the sorting of garbage to production modernization, construction of "green" objects, those etc. And here there is a clear division on just social projects and projects with a commercial component, which focused on energy efficiency.

"Since all is transparent enough, because every business strives to achieve a minimum cost, in which the share of energy consumed is quite significant. Why there are the laws of the market, — explains Vitaly Bulda, General Director of LLC "Robert Bosch Ltd.", representative of Bosch Group in Ukraine, Vice President of Bosch Thermotechnik GmbH in the Baltic States and CIS (except of Russia). The higher the price of energy, the greater its influence on the cost and more of a desire to reduce it. As option is conducted energy audits of buildings and/or production on the basis of which the decision on the budget and the sequence of works on energy saving".

"Every year, more and more companies consciously come to that, the more they will invest in the modernization of its production facilities, the less will be the impact on the environment — adds Vyacheslav Povroznik, Executive Director of the network "Foxtrot". — However, a significant role in the formation of ecological consciousness in Ukraine play various social projects and initiatives of domestic brands of non-productive sphere. Overall, on these principles and is based on the modern eco-culture business."

An example of the synergy between social and commercial component is the growing popularity of energy-efficient offices and other commercial property.

"More and more Ukrainian companies are choosing "green" offices. I can say from my own experience that one of the criteria that guide the company in selecting a new office in the market of commercial property in Kiev, is the environmental friendliness and energy efficiency. Requirements to the office can even be fixed at the level of corporate normative documents", — says Yuliya Schastlivaya, Director of "TEK "Energoinvest".

If we consider eco only from the point of view of social responsibility, that come to the fore individual initiative of employees, projects that do not require significant financial costs.

Most investments and initiatives, environmental projects comes from international companies, but the domestic business is not far behind.

"The experience of international companies in the field of "green" construction and support ECOnetic much larger compared to the actual Ukrainian companies. If we talk about the international BREEAM standard, in Ukraine, this certificate among BC can boast we and Optima Plaza in Lviv. Abroad, on the one hand you can count the buildings which this certificate are NOT," said Julia Happy. 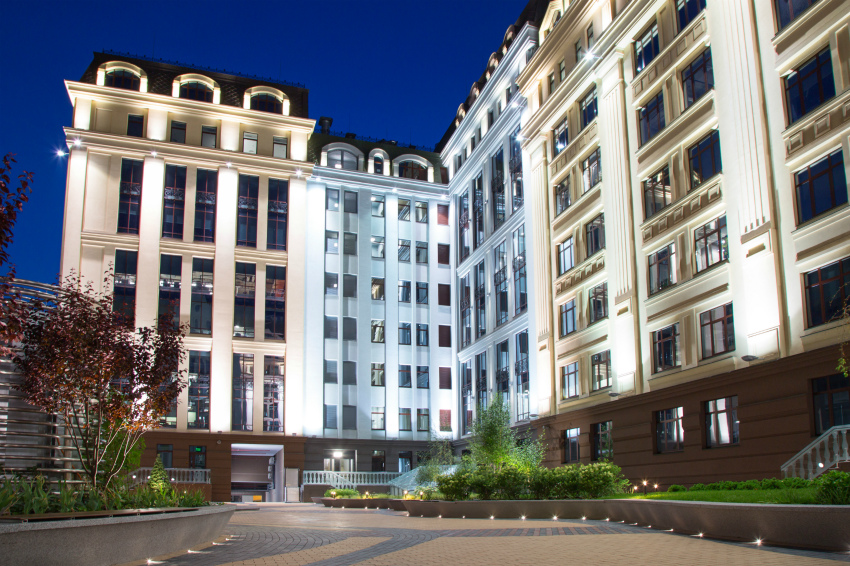 "If you compare the level coast with Western countries and Ukraine have still a lot to learn, so companies that are engaged in the future of subsequent generations, while in the minority. But if you put the question in perspective, what ECOWAS is a private matter, that domestic brands are becoming a driving force in the formation of appropriate behavior of the citizens. Starting with outreach on preservation and saving of natural resources, sorting waste in the office waste paper collection to realization of entire projects of renewed energy sources, environmental programs, involvement in the popularization of ecological culture among schoolchildren", — comments Vyacheslav Povroznik.

To speed up the process of initiative by the authorities: regulatory policy and special incentives.

"Regulatory levers can be fixed at the national level requirements, which would sooner or later businesses must comply with. To be "eco" is now in the trend, so businesses working in this direction, it is only necessary to facilitate this. Great importance is the involvement of people in companies and their level coast. The company should motivate its employees to join ECOnetic", comments Julia Happy.

Moreover, the approach to development should be differentiated, taking into account the particularities of each sector. For example, in DTEK explained to us that for the acceleration of ecological modernization of traditional energy needed updating and identifying sources of funding of the National plan of emissions from large combustion plants. "To increase the volume of products, recycling of thermal power plants (in particular, for the application of slag in production of construction materials, products, structures, road construction, agriculture) — it is necessary to develop special incentive regulatory mechanisms", — says Irina Verbka.

Some regulatory mechanisms could be applied to the General public, like the ban of disposable tableware mandatory separation of waste or encouraging the use of alternative energy sources.

"We developed a bill to ban partial and opodatkuvannya plastic bags in 2010. And he was stuck in the wilds of the Verkhovna Rada. Now similar projects are in the public realm in fact every year, but the result is the same — says Andrey Ryzhikov, commercial Director of UTG. In any case, regulation should be. For harmful for the nature of things the consumer must pay the money is inadequate to no desire to do it. And really helpful ideas and technologies need to ecomon prevents. And be sure to carry out extensive educational activities. Because from the words "we will build a waste incinerator plant", you can get a protest rally with banners and road blocks. And residents of Copenhagen on the contrary rejoice that received in addition to addressing the issue of recycling, even a cheap electroenergy, warm and cool object from a top architect with incredible ski slope. Amager Bakke (aka Copenhill) example of eco-innovation and common sense of modern man. And we can also implement such projects in Ukraine."

"In my opinion, the main factor is the changing mentality of society in relation to the protection of the environment. Let's make this the topic of driving in social networks. This. Look at the number of followers of the Ukrainian campaign @trashtag challenge, which was attended by the employees and our company. We have many positive examples of volunteering from green to ECOnetic condominiums. They just need to scale in the country and promote through social networks and opinion leaders," concludes Bulda. 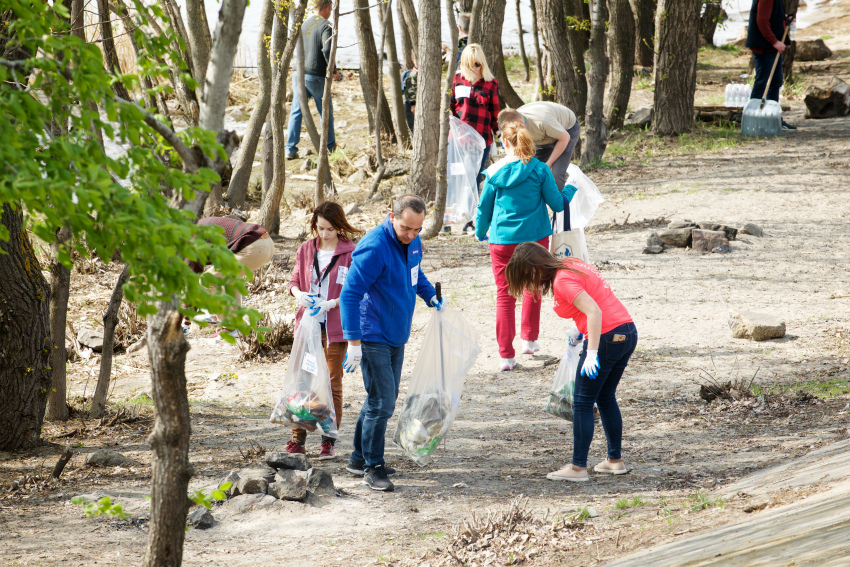 This view is echoed by other experts. "Only a society can encourage businesses to develop eco-initiatives. For example, if apartments in residential complexes without a separate garbage collection will not buy, the business will be forced to create such an option" — gives the example Ekaterina Rybalko, Director of marketing development company ENSO.

For example, the sellers of shops retail chain Foxtrot provide advice to customers on eco-labeling and energy efficiency technology. That is due to the formation of ecological thinking in employees, the retailer develops the ecological culture among its customers.

In addition, three consecutive years, the company Foxtrot, with the support of the Ministry of education and science of Ukraine conducted all-Ukrainian competition "Cockles" for students and their families. "The project encourages participants to their own practices against the pollution of the environment, educates the young generation in the spirit of real owners of their land, as responsible citizens and defenders of nature," — explains the General Director of Group of companies"Foxtrot" Gennady Vykhodtsev.

In 2016, the competition was attended by 287 student groups, 94 families and more than 800 thousand citizens. It was removed 30 sq km of contaminated areas, eliminated 43 illegal dumps, saved 240 trees, made 1470 birdfeeder and a 38 recreational recreational areas.

With the support of Robert Bosch Ltd. In the town of Ukrainsk of the Donetsk region has a school project on "Branch", in which students were able to implement a Zero Waste School and a number of acoprot shared local values.

In developed countries, the eco — no longer a trend but a part of everyday life. Environmental taxi, energy from waste, ban plastic, preference for ecological behavior, etc.

Our experts shared their own experiences and highlighted the projects that impressed them the most.

"Among the projects that inspire and change our vision modern construction, you can call elevated Park high Line in new York, which was laid on the site of the railway overpass. This is an example of the arrangement of a Park recreation area in the metropolis in place of obsolete and outdated transport infrastructure, — says Alexander Parkhomenko, Deputy Director for project management of OOO "TEK "Energoinvest".— The artificial island of Odaiba in Tokyo Bay, built on the site of a huge dump in the late 90-ies of the last century the top vacation spot in Tokyo thanks to rozbudowany infrastructure (hotels and shopping centers).

One of the most striking examples ecomodern industrial facilities is the waste treatment plant in Copenhagen with an artificial ski slope on the roof. A 500-metre ski run as part of a comprehensive public space, special types of trees that protect from the wind at a height of 88 meters and balances the microclimate is what makes the project unique. In the future, the roof formed their own biosphere, which spread to the surrounding industrial zone." 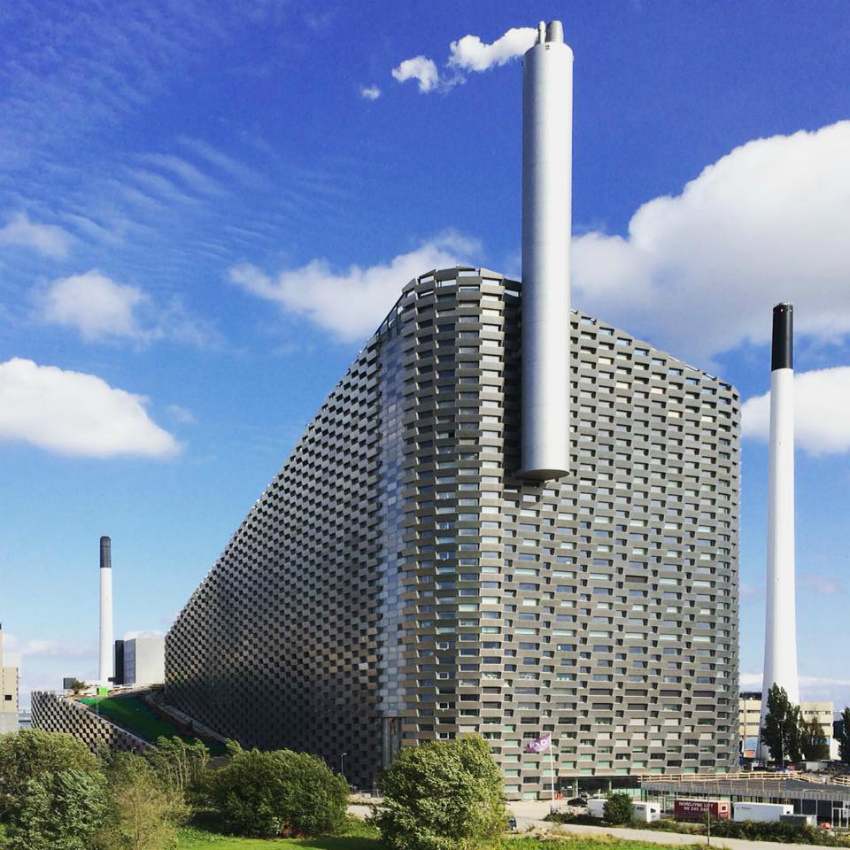 "I would like to mention the German project "City-sponge" in Berlin. — says Ekaterina Rybalko. — Where specialists are faced with the problem of the need to reduce discharges of rainwater into the municipal Sewerage system in the context of climate change and successfully solved this problem."

Ukrainian companies also have projects worthy of attention, they will be discussed in following publications.